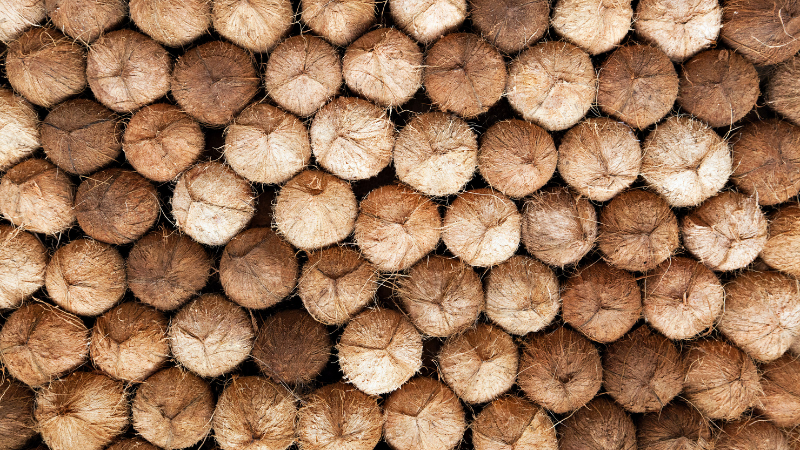 Coconut palm, i.e., Cocos nucifera L. (botanical name), serves many different functions in the regions where it is cultivated. The coconut produces a variety of products like fresh green and dry nuts, copra, coconut water and coconut oil, etc., which are consumed in the region as well as exported to other regions. Coconuts, copra as well as coconut oil of various grades are important commercial products as all of them have their own end-uses. Coconuts – rather its fresh white meat or kernel – are commonly used in food preparations. Copra, the dried meat, is also consumed in food products and is the main source of coconut oil. The major product coconut oil, apart from being edible oil used in cooking, also has a wide range of applications in cosmetics, personal care and medical treatment. Several specialty chemicals are derived from coconut oil. Therefore, all of them are important products of international trade.

World Coconut Day is celebrated on 2nd September every year the world over.

This article presents an overview of global commercial aspects of coconut and its products, mainly copra, coconut oil, and copra meal.

Coconut palm trees are cultivated for producing coconuts on commercial scale. The plant density for these trees is 75 to 150 trees per hectare and each tree yields about 40 fruits per year. About 35 to 45% of the fruit is husk and the percentage available for coir extraction declines with maturity.

In addition to triacylglycerols and free fatty acids, crude CNO also contains 0.5- 1.5% unsaponifiable matter. This material consists mainly of sterols, tocopherols, squalene, pigments and odour compounds (such as lactones). The pleasant odour and taste of CNO when extracted from fresh material is mainly due to Υ- and δ-lactones, present in trace amounts. Υ-Valerolactone is considered to be responsible for the characteristic taste of coconut oil.

Virgin coconut oil is valued more for its medicinal properties. Both the grades are treaded internationally.

World production of coconut oil (CNO) or copra oil is about 3.4M tonnes, about half of which is traded. The main producing countries are India, Indonesia, Papua New Guinea, the Philippines, Solomon Islands, Sri Lanka, Thailand and West Malaysia. The Philippines and Indonesia are major exporters, while the EU countries and USA are major importers. CNO is a lauric oil (about 50% lauric acid) similar in composition to palm kernel and babassu oils.

Production of copra (dried coconut kernel or meat) in the world and in South East Asia during the past few years is presented in the following table.

The global production, imports and consumption data for coconut oil for the period between 2011-12 to 2021-22 (Estimate) are presented in the following table. The years refer to are ‘’oil year” which is counted from October to September.

[Note – The differences in Production and Domestic Consumption are due to changes in Stocks.]

Production of palm kernel oil has increased consistently over the last few decades along with the rise in palm oil production. However, similar increase has not been observed for coconut oil production.

Global supply and distribution of coconut oil during the past few years is presented in the following table.

Yearly average prices of copra at the port of Rotterdam (The Netherlands) have been reported. These prices for the last few years are listed in the following table. These prices are for copra supplied from Philippines and Indonesia on CIF Northwest (NW) Europe (at Rotterdam) basis.

Copra prices (and those of other oilseeds, oils) fluctuate depending on the supply and demand. These fluctuations are captured in the monthly average prices. The following table presents these fluctuations through monthly prices data for the years 2019-20 and 2020-21.

TABLE 7: MONTHLY AVERAGE PRICES OF COPRA AT ROTTERDAM (US $ per MT)

Yearly average prices of coconut oil at Rotterdam are presented in the following table for the past decade. Coconut oil is supplied from Philippines and Indonesia and the prices are CIF Rotterdam.

The following table lists monthly average prices of coconut oil at Rotterdam for the years 2019-20 and 2020-21.

TABLE 9: MONTHLY AVERAGE PRICES OF COCONUT OIL AT ROTTERDAM (US $ per MT)