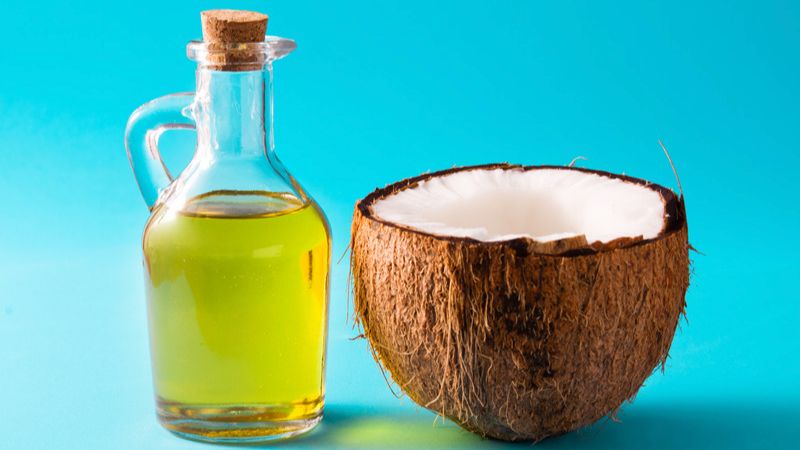 Coconut palm tree is an important tree as all its parts provide several materials which are useful in daily life. In many tropical and subtropical countries, the coconut tree is called the ‘tree of life’ due to its utility. Coconut palm trees are cultivated as plantations. Coconut and its products such as copra, milk, oil, etc. are used in a variety of end-uses, such as cooking, hair and skin treatment, cosmetics, as well as folk medicines. The most important part of coconut tree is its fruit, i.e., coconut, from which the oil-bearing edible part (or meat) is obtained. When the fresh meat is dried (by various methods including sun drying), it is called as copra. Other parts of the fruit and tree are also used to make several environmentally friendly products.

The present article discusses various methods used to manufacture different grades of coconut oil, its properties and specifications as well as its applications and importance.

The age of coconut and the extent of ripening of the coconut fruit affect the efficacy of oil extraction as well as the quality of the oil obtained.  The age of a coconut can be two to twenty months when picked. Copra obtained from immature coconuts is more difficult to work with and produces inferior oil with lower yield.

Ripe coconut fruit, when removed from the trees, is covered with a thick, fibrous coat (husk) under which lies the hard nut – coconut. This coconut contains white fleshy oil-bearing kernel or meat and water (mixed with several nutrients) within its hollow part. The fibrous coat is removed to get the hard-coated (shell) coconuts, which are then cracked open and the soft meat and water are removed. The fresh meat may be processed to obtain virgin coconut oil. Alternatively, the unbroken coconut may be sun-dried to obtain dry copra which is later processed to produce coconut oil. The dry copra may be stored for longer periods of time and used directly in food preparations (after cutting it) or its oil may be extracted.

Different methods are used to produce various grades of coconut oil, either from freshly produced meat of coconut or the dried meat of the coconut, i.e., copra.

Virgin (or Extra Virgin) coconut oil is produced from fresh meat or milk or residue (after milk removal) of coconut. Fresh coconut meat is processed either by wet milling or by drying the residue before extracting the oil. In both cases, the oil is extracted by using a screw press. Alternatively, the fresh meat may be processed by grating and drying to adjust its moisture content to 10 to 12% and then expressing the semi-dry meat to extract the oil. In another method, coconut milk is mixed with water, the emulsion broken and then the oil is separated.

Coconut milk is an emulsion of proteins, oil and water. It can be broken by boiling, heating, treatment with acids, salts, enzymes, electrolysis, steam distillation, etc. However, the heating or boiling may result in discolored coconut oil. Also, the yields obtained are 10 to 15% lower than those obtained by using dry processing. However, coconut milk or fresh meat is used to extract coconut oil on small scale at home. Industrial production methods use centrifuge machines to separate the oil.

Processing dry copra through expellers generally offers about 60% yield (as high as 70%) of coconut oil based of dry weight. About 30 to 40% is oil cake.

Typically, one thousand mature coconuts weigh about 1440 kg and yield about 170 kg of copra from which around 70 lit of coconut oil can be extracted.

Copra, after extraction of oil, leaves a residue which is palatable oil cake (or copra meal or mash). It is used in animal feeds, mainly for ruminants. It is used as fodder for horses, cattle, sheep and deer. Its high protein content (and oil content) is fattening for stock. Copra meal is a source of high quality protein for cattle, as it does not break down in the rumen. Copra meal has significant quantities of protein (18 to 25%) but even higher quantities of dietary fiber. Therefore, it is not fit for human consumption. Commercial process for extraction of protein from this residue is yet to be developed.

Coconut oil or copra oil is a clear liquid above 25 deg. C. The raw oil has typical coconut aroma which can persist even in the foods prepared from it. Coconut oil has higher proportion of saturated fats than unsaturated fats, as compared to other common vegetable oils such as groundnut, soybean, etc.

As can be seen from the above table, coconut oil contains mostly saturated fatty acids resulting in the higher content of saturated fats or triglycerides (more than 80%).

Coconut oil also contains vitamin E, vitamin K as well as phytosterols. However, the refining process may reduce the content of these nutrients. The following table presents the Indian specifications for various grades of coconut oil.

Coconut or copra oil has good shelf life due to lower unsaturation and has been used in cooking, frying and food preparations since ages in tropical Asian countries like India, Sri Lanka, Thailand, etc. In western countries, the oil is used in bakery products, pastries, sautés, etc. Partially or completely hydrogenated coconut oil is used as confectionery fats, non-dairy creamers and snack foods.

Several research studies carried out on the coconut oil consuming population in tropical countries have shown that these people generally have good health. However, more studies are required to prove the good effects of coconut oil.

Coconut oil, especially the non-food grade, is used as fuel after transesterification to biodiesel. Several tropical countries like Philippines, Samoa, etc. use coconut oil as alternate fuel source for automobiles.

Coconut oil itself is directly applied to hair and skin to maintain their health and beauty. This application of coconut oil has been prevalent in India (and adjoining Asian countries) for centuries. Today, coconut oil has become an essential component of a number of beauty and cosmetic products for hair and skin. It is known to have anti-inflammatory properties. Coconut oil is commonly used for eczema and growth in premature infants. It is also used for psoriasis, obesity, breast cancer, heart or cardiovascular diseases, etc. conditions. Recently, it has been found to be useful in slowing the progression of Alzheimer’s disease. Coconut oil in diet is believed to help in increasing good cholesterol, controlling blood sugar, reducing stress, healthy skin, shiny hair, preventing liver disease, reducing asthma symptoms, improving satiety (mainly due to the medium chain triglycerides), dental health and weight reduction.

Textured soybean protein (TSP) is produced by forming a dough from highly soluble (i.e. having high NSI) defatted soybean flour or soybean protein concentrate with water in a screw type extruder, and heating with or without steam. The dough thus formed is extruded through a die while still hot, to obtain various shapes – granules, flakes, nuggets, grains, strips, chunks, goulash, etc. These shapes are then dried in an oven. The sizes of the TSP also differ.

Generally, TSP is produced by heating the soybean flour or concentrate to about 150 to 200 deg. C, which denatures the protein into a fibrous, insoluble, porous network that can soak up as much as three times its weight in liquids. As the pressurized molten mixture comes out of the extruder, the sudden pressure drop results in rapid expansion of the protein into a puffy solid in the shape of the die. It is then dried as mentioned earlier.

Coconut oil is an important source of caprylic (C8), capric (C10), lauric (C12), and myristic (C14) acids. Each of these fatty acids have many different applications in health, surfactants, soaps, lubricants, etc. Caprylic and capric acids are important for producing medium chain triglycerides (MCTs) which have been found to be very important in nutrition and healing of humans. In the past decade, usage and consumption of MCTs have grown exponentially in a wide range of applications. The use of virgin (or extra virgin) coconut oil offers better yields of medium chain triglycerides by direct distillation. More commonly, individual fatty acids obtained from coconut oil are re-esterified with glycerol to produce medium chain triglycerides (MCTs) of the desired composition, which in turn can be used in various pharmaceutical and nutritional products. MCTs are used for several medical applications, special diet formulations, as well as cosmetics. Better understanding of the metabolism and effects of medium chain triglycerides in the human body is driving the demand for coconut oil for a wide range of nutritional products, globally.

Lauric acid (C12) is important for soap making and production of several specialty surfactants. Coconut oil or lauric acid-based soaps are hard but retain more water than soaps made from other oils (fatty acids). It is more soluble in hard water and salty water than other soaps, resulting in easier foam or lather formation, while using.

Specialty surfactants such as SLS, SLES, Cocamidopropyl betaine, cocamide MEA, and cocamide DEA are produced using coconut oil or the fatty acids obtained from coconut oil (mainly laruric acid which is converted to lauryl alcohol, a fatty alcohol). These surfactants are used in the formulation of shampoos, toothpaste, and many cosmetic products.

For 82 years, Kumar has been delivering dependable process engineering solutions to the oils and fats industry. We’re known for our robustly engineered, versatile and operationally profitable plant and machinery. It’s why over 500 customers in 65 countries depend on us to solve their processing challenges, big or small. If you’d like to know more about our solutions please fill out the form below: