Soybean oil contains a significant amount of gums or phosphatides or phospholipids. Therefore, it is one of the primary sources of commercial phospholipids from which various grades of lecithin are produced. Raw or crude soybean oil is first mixed with water and phosphoric acid through a calibrated dosing pump at a slightly elevated temperature, resulting in precipitation of the gums or phospholipids. This mixture is then passed through a high-speed centrifuge to separate the precipitated gums from the soybean oil. The semi-solid gums with high water content are then processed to remove water in separate equipment using higher temperatures under vacuum to produce lecithin in liquid form.

The degummed soybean oil is mixed with the pre-calculated amount of sodium hydroxide (alkali) solution of a specific concentration using a dosing pump. The sodium hydroxide or caustic soda reacts with and neutralizes the free fatty acids in the degummed soybean oil to form a soap precipitate, which is more water-soluble. This soap is removed from the soybean oil using a high-speed centrifuge, where the oil and soapstock with high water content are separated. The soap stock is taken to another reactor either to produce acid oil or soap by further processing. The soybean oil from the centrifuge may be mixed with additional water and re-centrifuged to remove any residual soapstock. Thus, the alkali refining section of the oil refinery may have two or even more centrifuges in series to produce good quality degummed and alkali refined oil. The degummed and alkali-refined soybean oil then undergoes the bleaching process.

This partially refined soybean oil is then mixed with the pre-calculated amount of bleaching earth and activated carbon (depending on the colour of the oil). The mixture is heated to a specific temperature and then passed through different filters to remove the bleaching earth and activated carbon solids which absorb the colouring bodies in the oil. Generally, Pressure Leaf filters are used for this filtration. These are removed from the filter as cake and the degummed, alkali refined, and bleached soybean oil is taken to the deodorization process.

This 'work-in-process' (WIP) soybean oil is then deodorized using sparging steam in a deodorizer. Super-heated steam is passed from the bottom of each tray of deodorizer, which acts as a carrier for removing free fatty acid and odoriferous material. This ensures maximum contact between the steam and oil, resulting in the complete removal of odoriferous substances present in the oil. The open steam carries these substances to the fatty acid scrubber while the deodorized soybean oil is collected near the bottom of the deodorizer. Finally, the degummed, alkali refined, bleached and deodorized soybean oil is cooled and packed suitably. 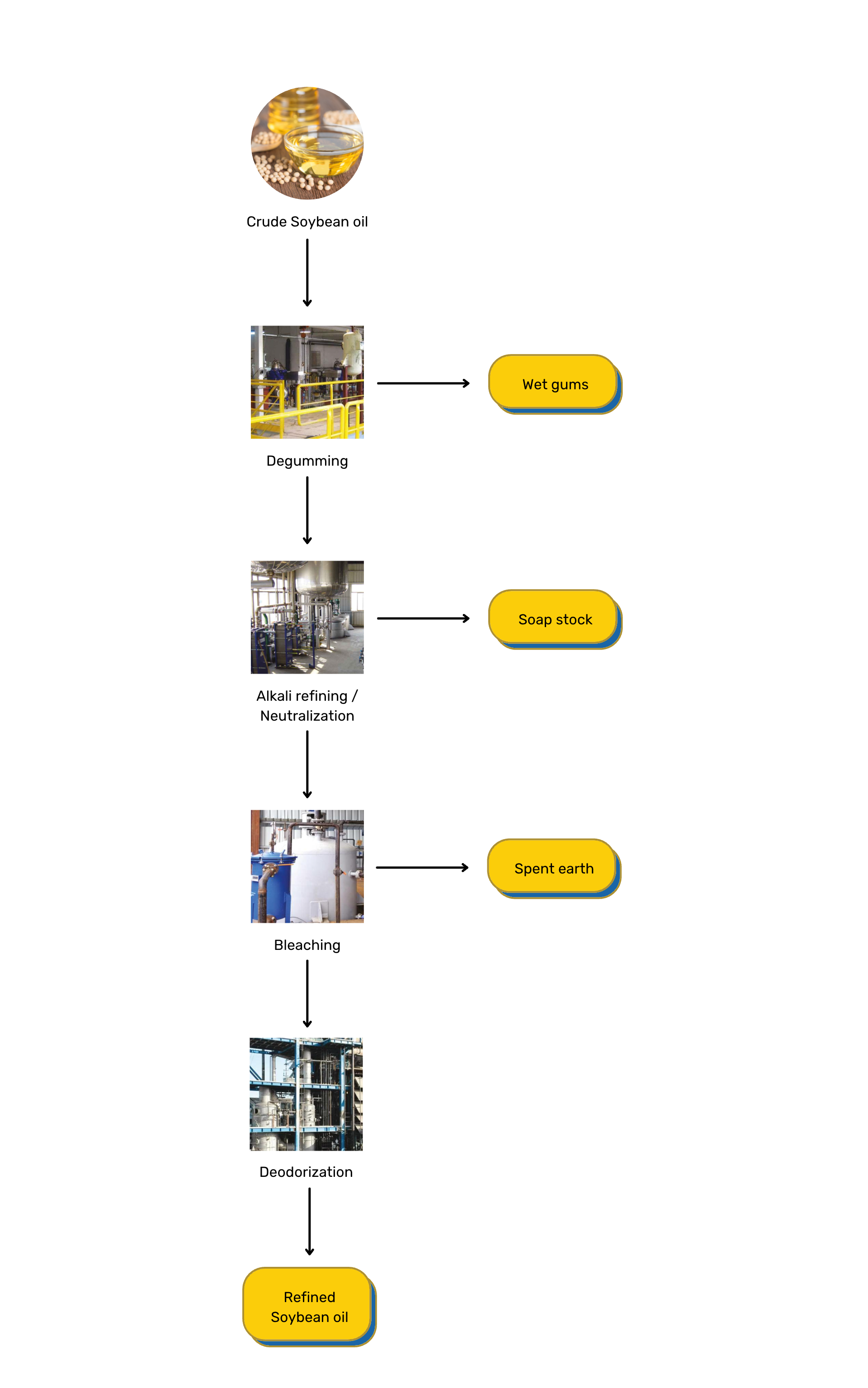 Our innovative engineering solutions and superior manufacturing standards help you optimise operating costs and improve efficiency. We dedicate ourselves to every project we take on to ensure a successful outcome for your company. We've delivered over 600 projects to over 500 customers in more than 65 countries. Let us help you deliver your next one successfully.