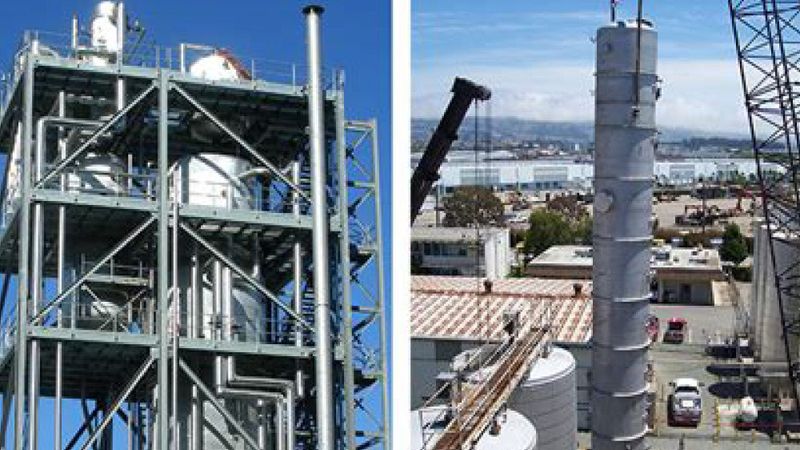 Edible oil, once extracted, is passed through a refining process to render the oil clear in appearance, bland, colourless or light coloured, oxidation stable and suitable for frying. Refining preserves tocopherols to the extent possible and prevents chemical changes in the triacylglycerols. It removes impurities and materials to make the oil fit for consumption like solid and cake residues, phospholipids, proteins, oil-soluble impurities like FFAs, aflatoxins and gossypols.

There are fewer steps in small scale edible oil refining than a large scale commercial refining process. Small scale refining is usually rural and takes place close to the place oil seeds are grown. This ensures easy access and allows the perishable oil seeds to be processed faster.

As unrefined edible oils are consumed primarily by agrarian communities, this allows for consumption of the oil to take place before it turns rancid from the impurities present in edible crude oil. However, as oil seeds are perishable and susceptible to fat breakdown, care must be taken during harvesting and storage. Some oil bearing crops are susceptible to mould infestation during storage which can be prevented through heat treatment like steaming or boiling or sun-drying to reduce the moisture content.

After they are harvested, oil seeds are dried using heat treatment methods to less than 10% moisture content so they can be stored for longer periods of time with proper aeration and adequate precautions to protect from pest infestation. Heat treatment also ensures protection from mould and contamination and reduces the possibility of fat breakdown which can lead to the creation of FFAs and oil discolouration. Oil-bearing fruit on the other hand, like palm and olive are treated as early as possible to prevent oil deterioration.

Before dehulling, oil seeds are cleaned of all impurities and foreign materials. Kernels are shredded, cooked with steam and oil extracted using a screw or hydraulic press. The resulting pressed cake is then flaked and residual oil is extracted using a solvent like food-grade hexane. Solvent extraction can also be used to directly extract oil from low oil-bearing seed like rice bran, corn and soybean.

There are two key processes to refine oil - Oil refining is carried out through two main routes - alkaline refining and physical refining (steam stripping, distillative neutralization) which are used for removing FFAs.

Neutralization which is also known as alkali refining is the process of removal of FFAs. An alkali like caustic soda is added to the tank causing a reaction that leads to the formation of soap stock that settles at the bottom of the tank and is then removed.

Bleaching remove contaminants that diminish the appearance and performance of triacylglycerol in edible oil. The oil is mixed with a clay adsorbent to remove colour. Bleaching also reduces residual soaps and gums, trace metals, chlorophyll, oxidation products. The physical and chemical reactions that take place during bleaching are quite complex. Effective bleaching is dependent on multiple factors like contact time, temperature, moisture and vacuum. The type of equipment used and the characteristics of the adsorbent also play a vital role.

Deodorization plays an important role in removing unpalatable flavours and odours from edible oil. Oil goes through a high-temperature and high-vacuum steam distillation process that removes odoriferous and volatile materials that have not been removed by the early stages of the refining process. Over the years, deodorization has become increasingly efficient, leading to lower operating costs, high yield and better valorization of side streams.

Winterization, also known as dewaxing, is a thermo-mechanical process in which solid particles in the edible oil are crystallized under controlled climatic conditions followed by a mechanical separation of the crystals. Dewaxing is recommended for edible oils with turbid characteristics below 5-deg C like cotton and sunflower seed oil.

In the winterization process, the edible oil is mixed with a crystallizing agent and then run through a static mixer. The mixture is then cooled in a recuperative exchanger where crystallization takes place.

The next step is filtration followed by shipping or storage.

Edible oil processing companies can ensure high standards of quality for their oil products with the right process and equipment.