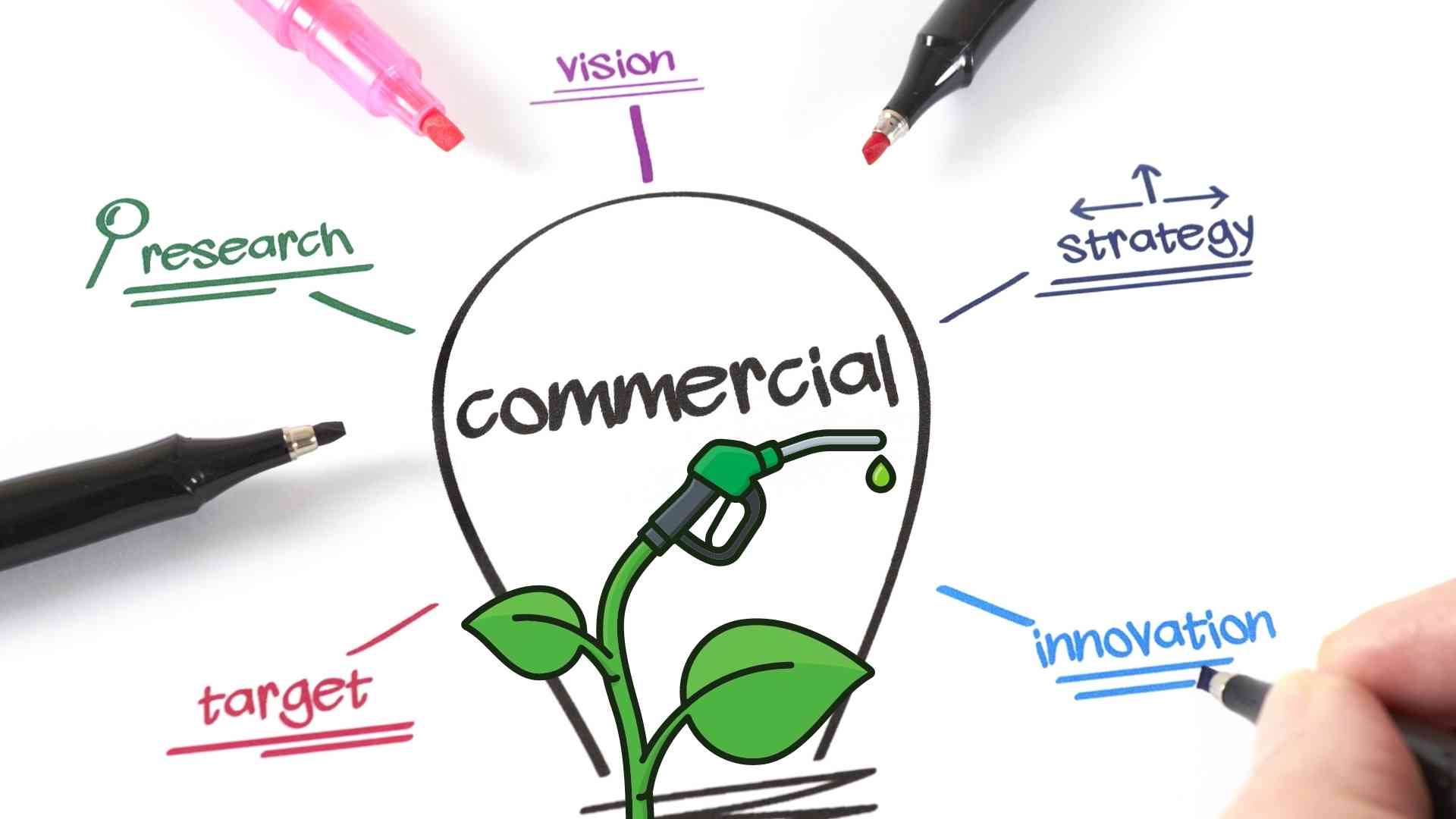 Renewable biodiesel offers acceptable solutions to the problems of decreasing reserves of fossil fuels and their harmfully polluting green house gas emissions. Various types of biodiesel can help in overcoming the increasing energy demand worldwide. Biodiesel has the ability to eradicate the environmental problems, such as global warming and sustainability. The emergence of biodiesel and its global adoption as the leading fuel for transportation in diesel engines without any modification has led to significant increase in the production of biodiesel globally. According to a report prepared by the World Bank in 2017, biodiesel is projected to form about 70% of the transport fuel demand by the year 2040.

Biodiesel has been produced commercially since the last more than twenty years. Biodiesel production processes and technologies have developed and evolved almost continuously. Many different raw materials, which were not considered earlier, have also been identified for the production of biodiesel. The process technologies have also now reached the stage of even producing second generation biodiesels or biofuels. The commercial production of biodiesel has spread far and wide across the globe and manufacturing plants of varying capacities have been commissioned in the past two decades. These plants have been using the locally available raw materials as well as imported ones, such as palm oil. Many countries have introduced specific regulations for blending of biodiesel in diesel fuels for automobiles. Support from the governments, favorable policies and public support can play an important role in the development of biodiesel industry across the globe. Automotive fuel formulation regulations are expected to increase the market share of biodiesel leading to increase in its demand. The consumers also consider biodiesel as a superior and cost effective alternative to fossil-based diesel. Several market estimates have indicated that the demand for diesel and gasoline will keep on increasing through the year 2040. Thus, increasing biodiesel blending in diesel fuels will eventually lead to substantial reduction in the net greenhouse gases (GHG) emissions in the long term.

Raw materials used for biodiesel, its production trends and utilization are reviewed in the next few blog articles.

China utilizes rapeseed (mustard) oil, cottonseed oil and jatropha oil as the major raw materials for producing biodiesel. It is expected that these vegetable oils will be replaced by waste vegetable oils or used cooking oils and the oil obtained from microalgae in the future. Indonesia, the largest producer of palm oil, produces and uses biodiesel made from palm oil. Biodiesel production costs in Indonesia are the lowest as compared to other countries as the fuels are being subsidized. The Indonesian Ministry of Energy and Mineral Resources (MEMR) has proposed a policy to substitute 15% and 20% of petrol and diesel fuels with bioethanol and biodiesel, respectively. Malaysia, as the second largest producer of palm oil, is also promoting biodiesel based on palm oil. At present, the country meets its B7 (i.e., 7% biodiesel in the fuel blend) biodiesel mandate. Thailand produces biodiesel mainly from palm oil, as it is the third largest producer of palm oil after Indonesia and Malaysia. Taiwan has also increased the production of biodiesel as a policy and is estimated to have produced 150 million lit of biodiesel in 2020.

Turkey is a leading producer of cotton and sunflower seeds, whose oil is used to make biodiesel. About 21876 MT of biodiesel were produced in 2013 and is increasing. Due to increasing energy demand, biodiesel production has become an essential commodity in Iran, which mainly uses feedstocks such as canola, cottonseeds, soybean to produce biodiesel. Other potential oil sources such as olive, sesame, safflower, sunflower, corn, almond and coconut oils, are also available as biodiesel feedstocks.

Africa has the capability of becoming the single largest producer of bioenergy crops in the world for the production of biodiesel. According to the estimates by the World Bank and others, biodiesel is projected to constitute about 60% to 80% of transport fuel in Africa by the year 2030. Therefore, scientific researchers are now exploring several non-edible oilseeds, which are widespread and abundantly available in the African forests, to overcome the food security problems related to the use of edible vegetable oils for the production of biodiesel. African countries, like Ghana, Zambia, Liberia, Tanzania, Ethiopia, Nigeria, Senegal, Kenya and South Africa are emerging as the major commercial producers of biodiesel. Jatropha, Jojoba, Mahua, Castor and Karanja oils have emerged as the common feedstocks of the production of biodiesel. Jatropha is the most popular non-edible oil feedstock for biodiesel in Africa. Biodiesel potential of Jatropha has been estimated for many African countries.

In Australia, the beauty leaf oil and castor oil have been identified as the two major non-edible oils for use as feedstock to produce biodiesel.

Biodiesel production of selected leading countries in the year 2017 is presented in the following table.

India, Indonesia, China, Norway, Argentina are some of the leading countries supplying biodiesel based on rapeseed (mustard) oil to the European countries in the EU, as of 2017. A few leading companies import palm oil in large quantities and convert it to biodiesel in their production facilities in Europe.

Biodiesel production in the European Union (EU, i.e., EU-28) in 2018 was reported to be 3.9 billion gallons, including that of renewable diesel. More than 990 million gallons of biodiesel were imported from developing countries in the same year. These imports were three times more than the biodiesel imports in 2017. Leading biodiesel importers in the EU are the Netherlands, Spain and Belgium, due to the large storage facilities available at their ports. Biodiesel is transported to other countries from the above countries for consumption.

The projected biodiesel production by major producing countries in the year 2030, their growth index, projected consumption and blending ratios are presented in the following table.

The above projections may be negatively impacted to some extent by the increasing use of electrical vehicles as well as hydrogen gas as automotive fuel, by the year 2030.

Significant data is available for various feedstocks and production of biodiesel and other biofuels, especially for the United States of America. Several energy monitoring organizations collect, analyze and project production and consumption of various fuels including biodiesel in different countries and regions. These data have been collected over the past two decades. The upward trend in the biodiesel production and utilization of unconventional  and waste products for biodiesel manufacture is evident from these data.

TABLE 1: FEEDSTOCKS CONSUMED FOR THE PRODUCTION OF BIODIESEL IN THE USA (2021-22)

Among the waste oils, fats and greases, yellow grease, which includes the used cooking oil, is consumed to the tune of 3386 million pounds per year in 2021 and is the highest waste product consumed for the manufacture of biodiesel in the USA.

During the year 2021, in all more than 18387 million pounds of vegetable oils and waste oils, fats and greases were consumed for the production of biodiesel in the USA.

The following table presents data on number of biodiesel plants and total biodiesel production capacity in the designated PAD Districts in the USA, as of January 2021.

TABLE 2: BIODIESEL PLANTS AND PRODUCTION CAPACITY IN THE USA [AS ON 1 JANUARY 2021]

[SOURCE – U. S. EIA] [NOTE – The totals may not be equal to the sum of components due to independent rounding.]

The biodiesel production capacity measures the estimated gallons of biodiesel that a plant is capable of producing over a period of one year, i.e., 365 consecutive days, starting on the first day of each report month.

The following figure presents monthly biodiesel production in the USA during the years 2018, 2019 and 2020, in million gallons. The total production varies over different months in a year, as can be seen from the bar chart. However, the total biodiesel production has remained almost consistent over the period under consideration. 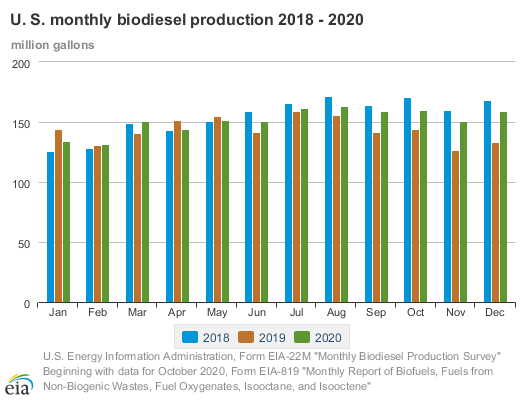 [SOURCE – U. S. EIA] [NOTE – Totals may not be equal to the sum of components due to independent rounding.]

TABLE 4: OPERABLE PRODUCTION CAPACITY OF BIODIESEL AND OTHER FUELS IN THE USA (2021 AND 2022) [million gallons per year] 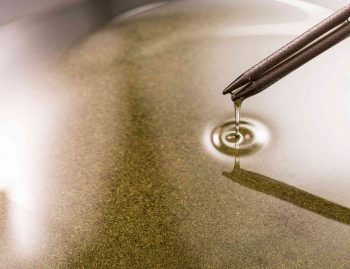 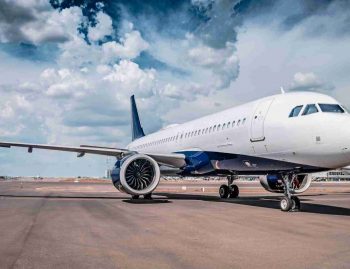 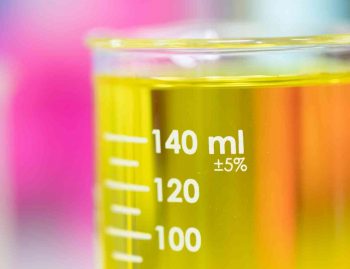 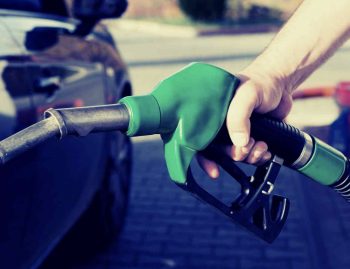